Dr. Vernon Swift is pastor of the Elizabeth Baptist Church of Tuscaloosa, Alabama and President of the Alabama State Missionary Baptist Convention, Inc. He is also Vice President of the Southwest Region of the National Baptist Convention, USA, Inc. Reverend Swift has served as an adjunct instructor at the University of Alabama and instructor of the Partlow State School in Tuscaloosa, Alabama.

Born in West Point, MS to Mr. and Mrs. Johnnie Swift and a graduate of Fifth Street High School, Pastor Swift’s educational accomplishments include an Associate Degree in Social Science from Mary Holmes College in West Point, MS, a Bachelor of Arts Degree in Sociology from Stillman College in Tuscaloosa, AL, and a Master’s Degree in Special Education from the University of Alabama. Pastor Swift completed additional studies at Mississippi State University in Starkville, MS, Southeastern Bible College of Birmingham, AL, Howard Extension of Samford University in Tuscaloosa, AL and the Birmingham Easonian Baptist Bible College in Birmingham, AL. In 1983 Mary Holmes College bestowed upon him the Honorary Doctorate of Divinity Degree. Birmingham Easonian Baptist Bible College, in May 2010, also bestowed upon Pastor Swift an Honorary Doctorate of Divinity Degree.

Since becoming pastor of Elizabeth Baptist Church, Dr. Swift has fostered numerous accomplishments, including the building of a two-story, multi-purpose Family Life Center. Under his leadership, the church has grown spiritually and numerically, resulting in a new $5 million ultra-modern sanctuary which can accommodate over eight hundred worshippers.

Pastor Swift is a gifted preacher and teacher. He has preached throughout the United States, carrying the Word of the Lord to the unsaved. In addition to his many pastoral duties, he finds time to participate in many religious and civic organizations. Among his religious affiliations, he has served as president of the Tuscaloosa Ministerial Fellowship, lecturer to the Alabama State Women’s Convention, spiritual adviser to the Matron’s Department of the New Antioch Bethlehem District Association, president of the Tuscaloosa County Interdenominational Ministerial Alliance, vice-moderator of the New Antioch Bethlehem District Association, first vice president of the Northwest District State Convention, and second vice-president of the Alabama State Convention. He is also the founder and chairman of the board of the Elizabeth Project Care, Inc., an organization that includes 100 Boys/100Men Program, Senior Citizens, Substance Abuse Program and Child Development Center.

Among Pastor Swift’s civic affiliations, he has served as a board member for the Benjamin Barnes YMCA, the United Way of West Alabama, the American Red Cross and chairman of the Board of the Alabama State SCLC. Pastor Swift has received many accolades and awards for his community involvement. He received recognition in 2006 as Citizen of the Year awarded by the Concerned Citizens of Tuscaloosa County. In 2014, he received the Community Foundation of Tuscaloosa County Outstanding Leadership Award.

Pastor Swift is a much sought-after minister for his Biblically-based, doctrinal sound and life-centered preaching and teaching. His servant-leadership style and his personal integrity have molded and shaped the growth of the Elizabeth Baptist Church’s Christian education emphasis, outreach ministry, physical growth and spiritual maturity. But even more significant than Pastor Swift’s many pastoral accomplishments and academic credentials is his genuine love for the people of God. He is a spiritual leader who takes his calling seriously.

Come Visit us This Weekend 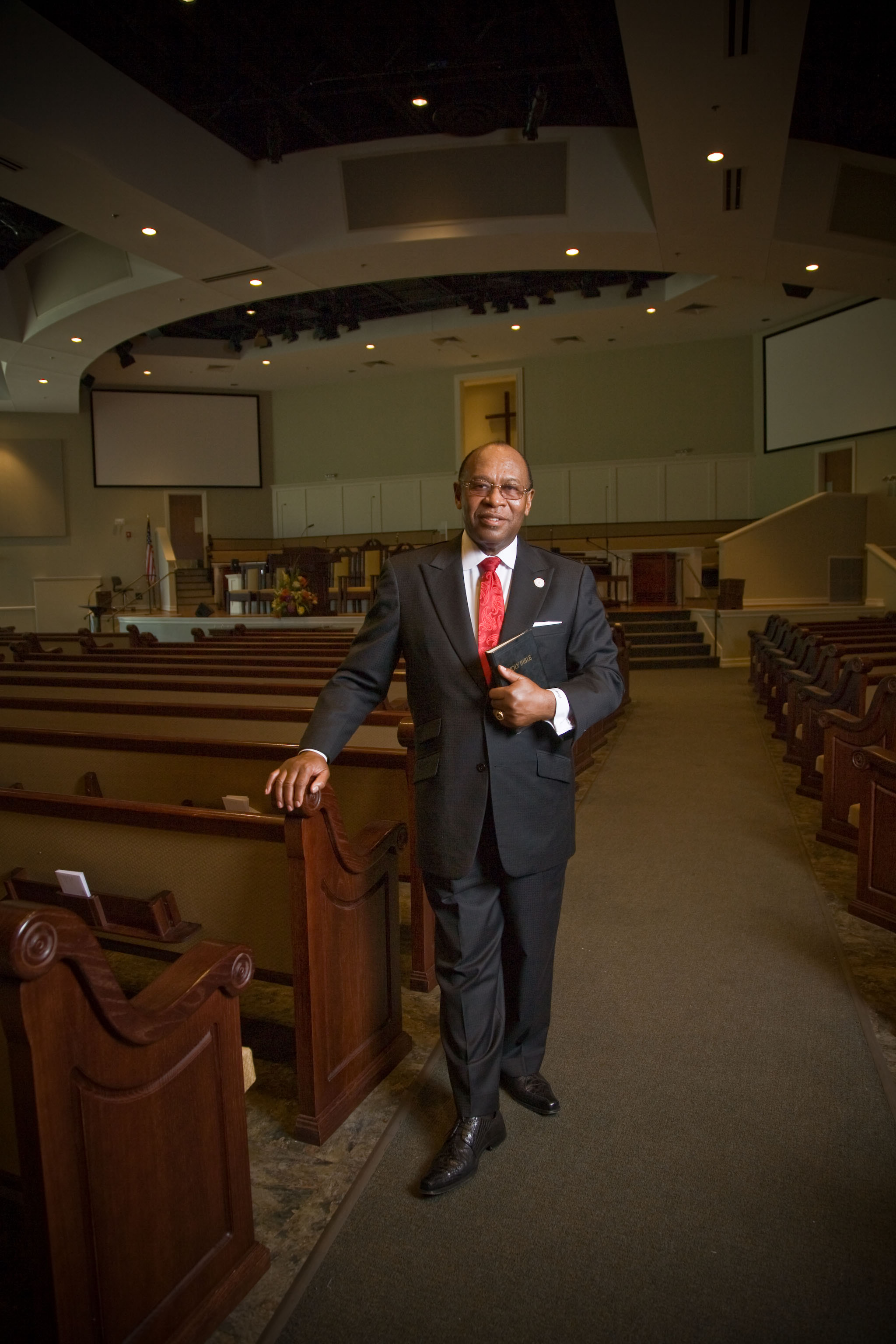 Pastor Swift is also the author of HIDING BEHIND THE BLOOD a collection of his sermons and lectures.